Northwest Philadelphia’s Wingohocking Sewershed (maps below) is in a serious catch-22 situation because the historic Wingohocking Creek was enclosed into the City’s combined sewers many years ago. Key points:

The City has a dual role in the E Mt Airy – Germantown flooding situation:

Wingohocking flooding in September, 2011 caused the drowning death of a young woman who was trapped in her car in 6-feet of flood water near Belfield and Haines( video here). After initial modeling efforts by Water Department and US Army Corp of Engineers, the Water Department issued a Request for Proposals in the fall in 2015, hired a highly regarded engineering firm and received their draft report in the fall of 2018. We are awaiting the release of this critical report.

The City Planning Commission reports that Germantown Avenue is experiencing “rapid redevelopment today”. This argues for immediate zoning controls of impervious cover in the Wingohocking Sewershed, including properties along Germantown Ave.

We must begin taking steps to protect life and property in the Wingohocking Sewershed. 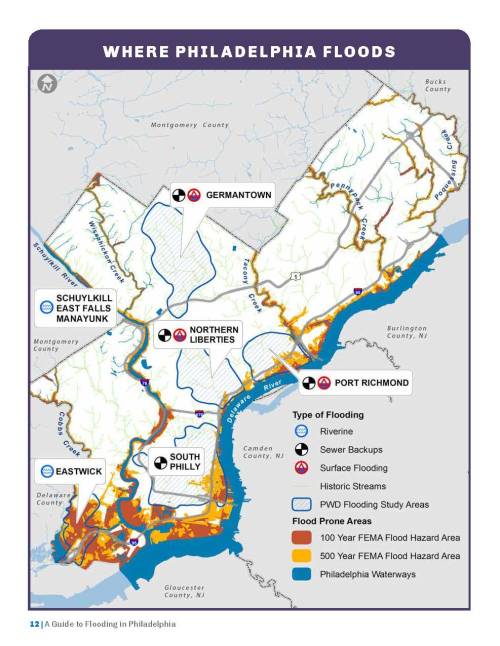